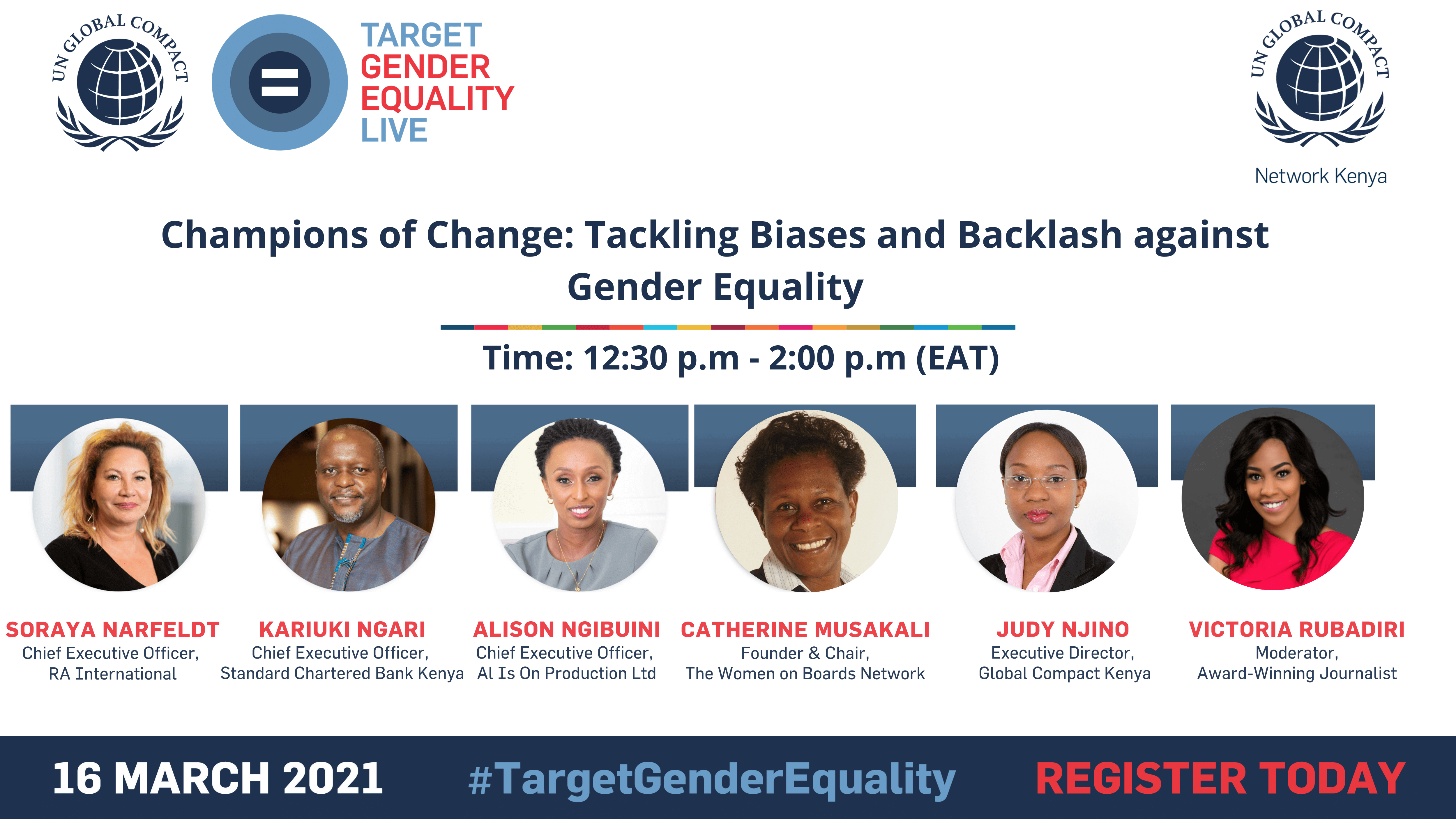 Convened during the 65th Commission on the Status of Women, the interactive and global event seeks to inspire and engage business and other stakeholders to take concrete action to advance gender equality.

In her expert remarks, Catherine Musakali, Founder & Chair, Women on Boards Network Kenya explained that setting the tone from the top is critical to driving action throughout the organization. It sends an important message to stakeholders, that advancing gender equality is a company priority with top-level support.

During the session, Kariuki Ngari, Chief Executive Officer, Standard Chartered Bank Kenya noted "It's a must to achieve gender equality well ahead of the 257 years as currently estimated. It is not enough to just talk about gender equality without setting targets that your business wants to achieve. We call on all men to deliberately promote and include women in all spheres.”

Soraya Narfeldt, Chief Executive Officer, RA International, highlighted the importance of hiring the right men who not only think that gender equality is the right thing to do, but is good for business. “Investors should consider gender-related issues such as diversity and inclusion in their decision making,” added Ms. Narfeldt.

Alison Ngibuini, Chief Executive Officer, Al Is On Productions, emphasized the power of media to deconstruct stereotypes and spur behaviour change. “Al is On Productions has had the privilege to produce TV shows, for example Mali and Siri. This allowed us to go into unusual spaces and talk about topics such as sexual and reproductive health, which we are traditionally uncomfortable to talk about,” said Ms. Ngibuini.

At the event, Sanda Ojiambo, Executive Director, UN Global Compact said “2 out of 3 of jobs lost due to COVID-19 were held by women, because their jobs were largely expendable. We call on the government to develop policies and create an enabling environment within which companies can continue the momentum and progress on gender equality.”

This accelerator programme calls for bold action to set and meet ambitious corporate targets for women’s representation and leadership in business.