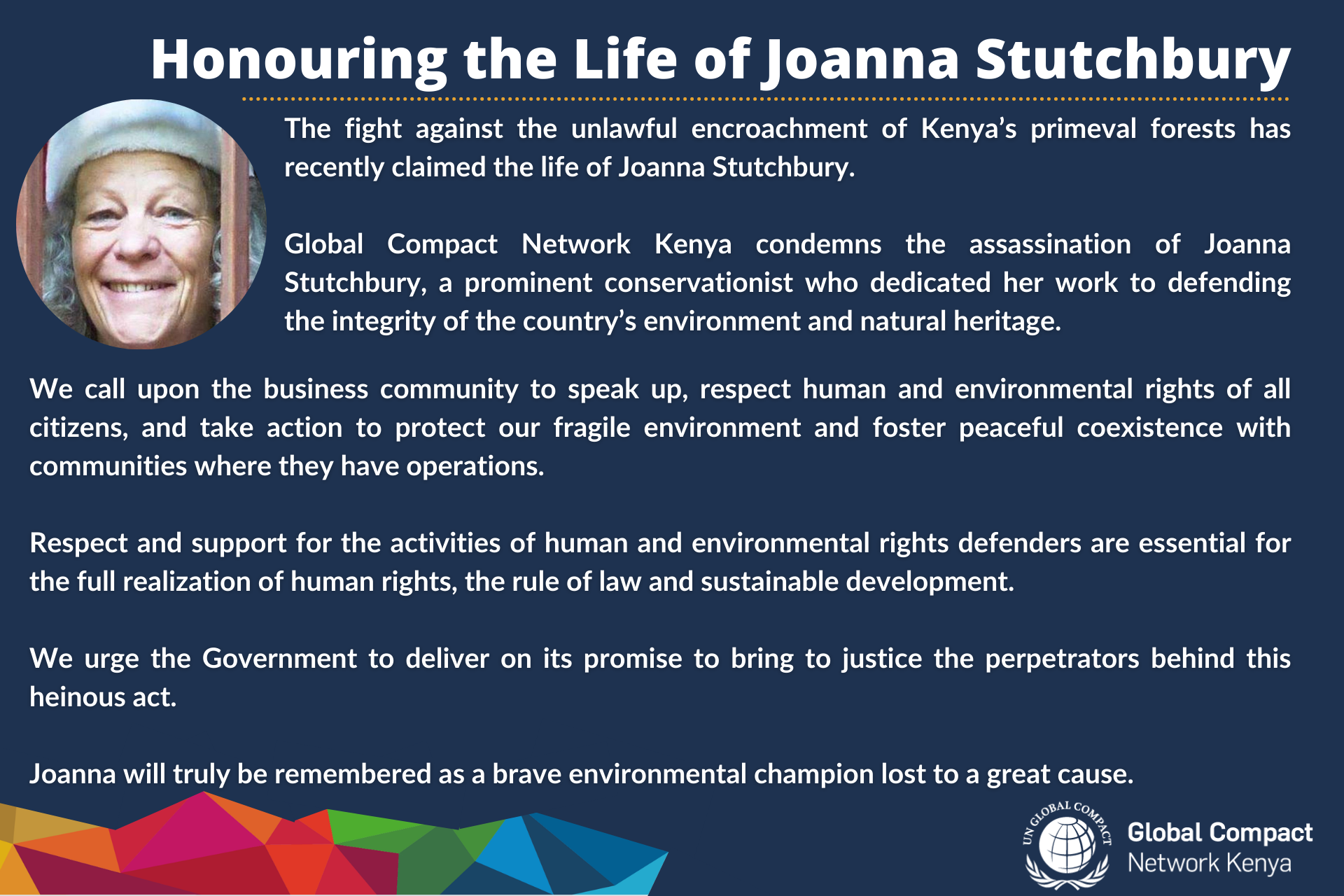 The fight against the unlawful encroachment of Kenya’s primeval forests has recently claimed the life of Joanna Stutchbury and has put the lives of other activists at risk.

Global Compact Network Kenya condemns the assassination of Joanna Stutchbury, a prominent conservationist who dedicated her work to defending the integrity of the country’s environment and natural heritage. For many years, Joanna opposed private developers from building on the wetlands in the Kiambu forest.

It is now abundantly clear that environmental degradation infringes the realization of fundamental human rights and freedoms, such as, right to life and freedom from inhuman and harmful treatment.

Those who put their voices on the line to raise alarm are now being intimidated and silenced. We are deeply concerned about the increasing targeting and criminalization of environmental and human rights activists in Kenya.

At the same time, the role of business is being called into question with respect to its role in potentially contributing to attacks against human and environmental rights defenders or in failing to act when linked to abuses, but also its role in helping to protect defenders and support protection of civic space.

We call on the business community to speak up, respect human and environmental rights of all citizens, and take action to protect our fragile environment and foster peaceful coexistence with communities where they have operations.

Respect and support for the activities of human and environmental rights defenders are essential for the full realization of human rights, the rule of law and sustainable development.

We urge the Government to deliver on its promise to bring to justice the perpetrators behind this heinous act against Joanna Stutchbury.

Joanna will truly be remembered as a brave environmental champion lost to a great cause.